Dedicated to a Renewal of Priestly Life,
the Sacred Liturgy
and Catholic Education.

Our Society is committed to the full implementation of the Second Vatican Council, according to the mind and Tradition of the Church; love for the Holy Father, loyalty to the Church’s Magisterium, and the promotion of Catholic education, as well as the celebration of the liturgy which is at once beautiful and edifying.

Webinars:
Working as a Priest in a Catholic High School
Help Session for Pastors with a Catholic School

What is the Priestly Society of Saint John Henry Cardinal Newman?

Cardinal Newman wrote: “We have good hope that a system will be rising up, superior to the age, yet harmonizing with and carrying out its higher points, which will attract to itself those who are willing to make a venture and to face difficulties, for the sake of something higher in prospect. On this, as on other subjects, the proverb will apply, ‘Fortes fortuna adjuvat’” (Apologia pro Vita Sua).

Our Society is committed to the full implementation of the Second Vatican Council, according to the mind and Tradition of the Church; love for the Holy Father, loyalty to the Church’s Magisterium, and the promotion of Catholic education, as well as the celebration of liturgy which is at once beautiful and edifying.

The primary purpose of the Society, however, is the sanctification of its members to live their priestly vocation in a coherent manner amidst the many distractions from that goal emanating from the world and even from within the Church.

What does Newman House do for the Catholic community?

Priests come to Newman House for spiritual direction and retreats, as well as to benefit from the fraternal hospitality of the priests of Newman House.  Theologians and other scholars have access to our library, which contains over 10,000 books.  Members of the lay faithful are always welcome to participate in our daily celebration of Holy Mass and to make their confessions or receive spiritual direction from our priests.
Of course, Newman House is also where the work of Newman House Press, The Catholic Response, St. Gregory Foundation for Latin Liturgy, and The Catholic Educator all occurs.

What are the historical origins of the Priestly Society of Blessed John Henry Cardinal Newman?

We take our inspiration from the Congregation of the Oratory, which has a long and distinguished history, tracing its spiritual roots back to St. Philip Neri, who was born in Florence in 1515. In his late teens, St. Philip went to Rome where he spent the rest of his life. He began to live an hermetical (solitary) way of life, including praying in the catacombs of Rome. He eventually had a group of people who gathered around him and began to pray together, and for whom he held spiritual conferences at the time when Europe was being rocked by the Protestant Reformation. In 1551 Philip was ordained to the priesthood and went on to live at a parish church in Rome. It was from this beginning that the Oratory, a mostly secular group at that time, grew into what it is today a religious congregation of priests and brothers.

The Oratory was seen by St. Philip as a means for charity, catechesis, and evangelization. The holy Founder envisioned that his Oratorians would live together under a Rule without being in vows, with the bond of an Oratorian being charity alone. In The Excellences of the Congregation of the Oratory of St. Philip Neri, we find the following description: “I do not know what end can be found more sublime than the one to which the sons of St. Philip are called; for their vocation consists in three things, the highest and holiest which adorn Holy Church: prayer, the administration of the sacraments, and feeding the people with the daily Word of God. Even the Apostles themselves were not called to a nobler end.”

The Oratorian way of life attracted many over the centuries. Eventually, through the great convert John Henry Cardinal Newman, the Oratory arrived in England at a time when many Italian Oratories were being suppressed. Nevertheless, Cardinal Newman sought to live out his priestly life in an effectual way and chose the Oratorian way of life as his own. Through Cardinal Newman’s foundation of the Birmingham and London Oratories, the Congregation went through a revival, having a deep effect, especially on the English-speaking world. In addition to Cardinal Newman, the sons of St. Philip have proudly included Cardinal Baronius of the sixteenth century, Father Frederick Faber of the nineteenth century, and the contemporary liturgist, Father Louis Bouyer of the French Oratory.

Ours is a Society of secular clergy, that is, we are not a religious institute, and in this sense, we are similar to a community like the Society of St. Sulpice. The priests of our Society maintain incardination in their own dioceses and are received into our Society with the permission of their diocesan bishop. Those who are members of an institute of consecrated life or a society of apostolic life may also be received into the Society by following the relevant norms of the Code of Canon Law. Furthermore, we have a body of clergy who, although not living with our Community, are priest-associates benefitting from the Priestly Society through spiritual direction, intellectual development, and fraternal support. Similarly, lay associates assist in the various apostolates of the Priestly Society and likewise reap spiritual profit from their participation in the life of the Community. 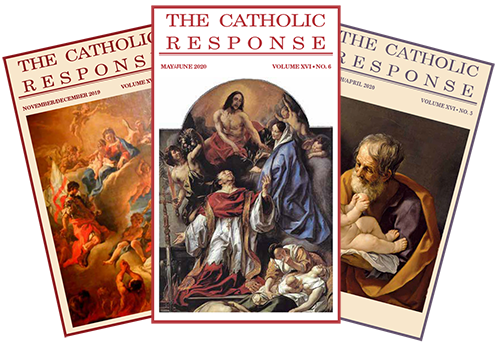 Seeks to promote within the Church in the United States the use of the Latin language in the Mass of Pope Paul VI, according to the teachings of the Second Vatican Council, in order to encourage the faithful to appreciate the unique theological, pastoral, and spiritual qualities of the Latin Mass.
LEARN MORE A national, grass-roots effort to preserve and expand Catholic elementary and secondary schools.